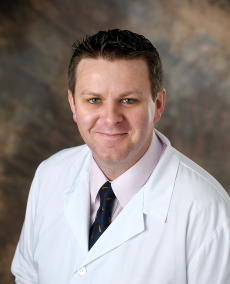 Justin Kelly, MD, FRCS, is a fellowship-trained colon and rectal surgeon with AdventHealth Medical Group's elite colorectal surgery team in Central Florida. His areas of expertise include the use of minimally invasive technologies in colon and rectal cancer treatment, including TAMIS and laparoscopic surgery. He specializes in the surgical treatment of both Crohn's disease and ulcerative colitis, and is proficient in treating all common anorectal diseases including hemorrhoids, fistulas and rectal bleeding. After completing his medical degree with honors and receiving university national medals in surgery from the College of Surgeons in Dublin, Ireland, he became the first International Fellow in colon and rectal surgery at AdventHealth Medical Group, allowing him to be comprehensively trained on the groundbreaking surgical techniques pioneered by our esteemed specialists.

Dr. Kelly has a long history of outstanding achievement. He earned a full academic scholarship to the Royal College of Surgeons in Ireland, graduating with honors, and received the Sir William Osler Medal for Clinical Excellence from the RCSI James Connolly Memorial Hospital in 2004. Whilst a surgical Fellow in Ireland in 2013, his project was awarded a National Medal for Best Clinical Doctor by the Irish Times.

Dr. Kelly is an honest, hardworking and thorough physician with outstanding integrity who is always empathetic to patients and treats his colleagues with respect and courtesy. He is decisive and clear in formulating a treatment plan and communicates in an understandable manner with patients and their loved ones.

Dr. Kelly‘s primary focus will always be his family. Happily married with kids, he enjoys swimming with his two girls and spending time with them. He intends to visit every state and wishes he had more time for golf. His family was previously involved in raising thoroughbreds and this is an aspiration of his if he ever wins the lotto!

Royal College of Surgeons in Ireland

Note:- The list below is for reference purposes only and is subject to change. Please check with your health plan to confirm that Justin Kelly, MD is included before scheduling an appointment.