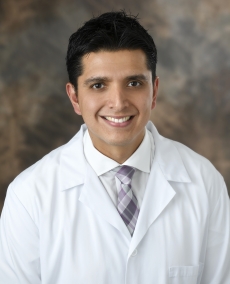 Angel Gonzalez, MD, is board certified in obstetrics and gynecology. Dr. Gonzalez received his medical degree from Universidad Autonoma deSinaloa, Facultad de Medicina in Culiacan, Sinaloa, Mexico. He completed a fellowship in minimally invasive gynecologic surgery at The Institute for Female Pelvic Medicine & Reconstructive Surgery/St. Luke’s University Hospital in Bethlehem, PA, where he was recognized for academic excellence. Dr. Rios is a Fellow of the American College of Obstetrics and Gynecology.

Note:- The list below is for reference purposes only and is subject to change. Please check with your health plan to confirm that Angel Gonzalez Rios, MD is included before scheduling an appointment.