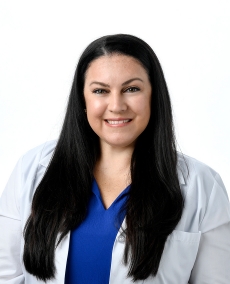 Nicole Jiménez, APRN, is a certified women’s health nurse practitioner and adult-gerontology primary care nurse practitioner who has been part of the AdventHealth family since 2013. She most recently served as a labor and delivery nurse at AdventHealth Celebration, earning four nominations for the Daisy Award for exceptional skill and compassionate care. Prior to becoming a professional nurse, she was an honors graduate of the University of Southern Mississippi and earned a master’s degree in Latin American and Caribbean Studies at Florida International University. She thereafter completed an accelerated Bachelor of Science in Nursing program at UCF and earned her Master of Science in Nursing from the University of Alabama at Birmingham. She has completed both perinatal and critical care nurse internship programs and has basic proficiency in Spanish.

Note:- The list below is for reference purposes only and is subject to change. Please check with your health plan to confirm that Nicole Jiménez, APRN is included before scheduling an appointment.