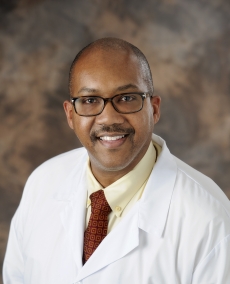 Dr. James Tarver is a fellowship-trained, board-certified cardiologist with more than 20 years of experience treating pulmonary hypertension. A graduate of the cardiology fellowship program at the National Naval Medical Center/Walter Reed Army Medical Center in Bethesda, MD, he was named Outstanding Fellow upon completion of his training there. He went on to serve as a pulmonary hypertension Clinical Fellow at Johns Hopkins Hospital. Previously, he earned his medical degree at the Boston University School of Medicine. Dr. Tarver is a veteran of the US Navy, where he served as a medical officer and achieved the rank of Commander. He is a recipient of a Bronze Star and two Gold Star commendations as well as the Navy ACP Governor's Award for Outstanding Clinical Research, among other honors. He has four times been named one of "Orlando's Top Doctors" by Orlando Magazine.

Dr. Tarver focuses on the individual patient, their circumstances, history and family, and he approaches each patient as if they are a member of his own family. He takes the time to personally educate, encourage, and ensure patients and their families so they are as prepared as possible to meet the challenges of their health journey.

When not at work, Dr. Tarver most enjoys time with his wife and two daughters.  He enjoys traveling with his family and has even been known to enjoy the snowy slopes on a snowboard.

Cardiovascular Disease: The American Board of Internal Medicine

Note:- The list below is for reference purposes only and is subject to change. Please check with your health plan to confirm that James Tarver, MD is included before scheduling an appointment.