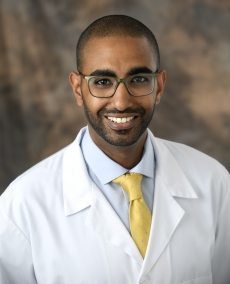 Formerly known as Center for Colon

Yaphet Tilahun, MD, is an Ivy League-educated physician who completed his advanced sub-specialty training in colorectal surgery at Brown University Warren Alpert Medical School in Providence, RI. Prior to that time, he was chief resident in general surgery at Florida Hospital in Orlando, where he was inducted into the Alpha Omega Alpha national medical honor society. He earned his medical degree at the University of Massachusetts (UM) Medical School in Worcester. He obtained his bachelor’s and master’s degrees in microbiology from UM Amherst, and he is a published researcher who holds certification in minimally invasive, laparoscopic surgery.

Note:- The list below is for reference purposes only and is subject to change. Please check with your health plan to confirm that Yaphet Tilahun, MD is included before scheduling an appointment.