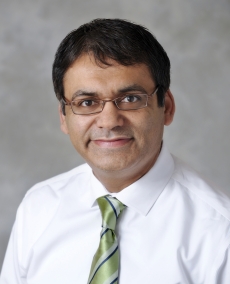 Dr. Muhammad K. Hasan is the Director of Advanced Endoscopy Fellowship Program at Center for Interventional Endoscopy. He received his medical degree from Allama Iqbal Medical College Lahore, Pakistan. He is board certified in gastroenterology and internal medicine. Dr Hasan completed his residency at the University of Oklahoma, Oklahoma City where he also served as a Chief Medical Resident for a year. After that, he completed his gastroenterology fellowship training in 2008 at the same institution. Then, Dr Hasan went to Mayo Clinic Jacksonville and completed training in advanced endoscopy and endoscopic ultrasound (EUS). Afterwards he moved to Medical University of South Carolina and attained another year of advanced endoscopy training in ERCP and worked as instructor in Internal Medicine. Dr Hasan joined AdventHealth Orlando in 2010 and helped develop the Center for Interventional Endoscopy. He has dedicated his practice towards advanced and complex endoscopy. He specializes in the treatment of Barrettâs esophagus, endoscopic resection of polyps (EMR and ESD), double balloon enteroscopy, Zenker's diverticulectomy, pancreatic and biliary disorders with particular expertise in Therapeutic ERCP and interventional Endoscopic Ultrasound (EUS).  He has authored many professional articles and book chapters. He also actively participates in many national and international conferences for invited lectures and endoscopy workshops.

University of Oklahoma College of Medicine

Medical University of South Carolina College of Me

Note:- The list below is for reference purposes only and is subject to change. Please check with your health plan to confirm that Muhammad Hasan, MD is included before scheduling an appointment.